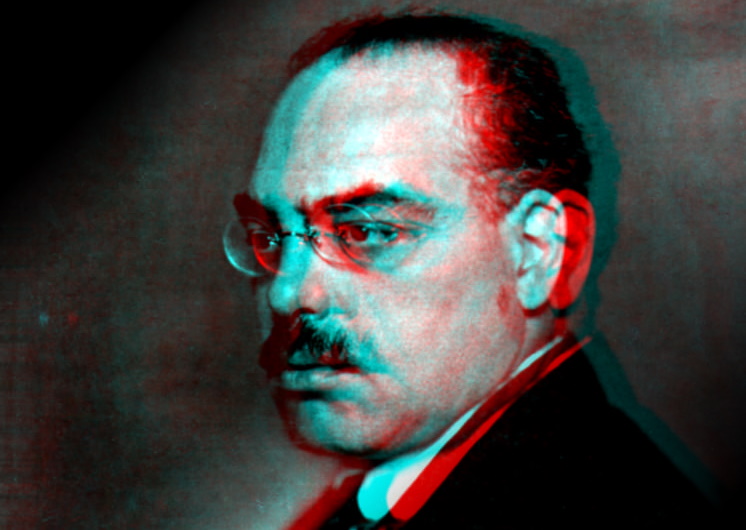 The world is out of joint. Each day brings news of a different sector of the economy buckling under unprecedented pressure; each evening, governments and central banks scramble to plug the holes. With every new financial artifice the economy becomes ever more synthetic. The beast lumbers onwards on bionic limbs.

A fund report recently forwarded to me observes that, while Western markets gyrate upwards and downwards on scales unknown since the Great Depression, investors have taken flight to Chinese equities markets because of their “more policy-driven” character. All of a sudden, capitalists are quite happy to favour planning. And as dollar liquidity evaporates, the renminbi has increasingly borne the currency markets’ load.

The present crisis has had the formal aspect of a world war. Markets have panicked, borders have slammed shut, governments have scrambled to mobilise resources, liberal freedoms have been swept away by the stroke of a pen, and huge swathes of the labour force have been temporarily withdrawn. In some respects, true, the quarantined world is an “anti-wartime economy“: the foremost planning task is to coordinate the shutdown of disparate economic sectors rather than to ensure total mobilisation; the stock of capital is not being destroyed. But in its cultural, political, and administrative implications, the analogy of war is accurate enough.

It is far too early to claim with confidence that this “war” is bringing about the end of American hegemony, yet a new systemic order is clearly in emergence. The virus, as viruses often do, has only accelerated this process. If there is any past model it bears resemblance to, it is the crisis-dampening managerial capitalism predicted in the early 20th century by such economists as Rudolf Hilferding and Joseph Schumpeter. Their prophecy once seemed discredited: Schumpeter’s prediction that the heightening organisation of capitalism meant that crises were increasingly a thing of the past was made only months before the catastrophe of 1929; Hilferding’s warnings of the advent of a general cartel of magnates that would coordinate the entire productive process have looked quaint to modern seekers of market disruption. But things are changing at a drastic pace.

“The tendencies towards the establishment of a general cartel and towards the formation of a central bank are converging,” Hilferding wrote in 1910, “and from their combination emerges the enormous concentrated power of finance capital, in which all the partial forms of capital are brought together into a totality.” We have certainly lived through an era of financialisation, and the crisis of 2008 already threw economies around the world onto the intermittent life support of quantitative easing. Now—as the present crisis involves central banks ever more deeply and directly in sustaining the real economy, and large corporations such as Amazon assume the functions of economic planners in the face of logistical breakdown—Hilferding’s claim about the reorganisation of capitalism around a general cartel deserves a second look.

Is this simply a temporary compensation for an unprecedented crisis, as Keynesians would suggest? The pandemic itself will certainly pass—perhaps in much shorter order than the more pessimistic predictions have made out. (Perhaps.) But the extraordinary fiscal and financial methods that have been brought to bear are unlikely to disappear. The world before 2008 never quite returned, and there is little reason to expect that the world before 2020 will be different. There will, in many countries, be a prolonged period of resolving the ruination of economies so fragile they have barely withstood a disruption several weeks long. (We should be thankful that there have as yet been no great power wars in the era of globalised just-in-time production.) Beyond that, the task for the immediate future appears less as the return to intensive productive expansion than as the administration of stagnation.

This new dispensation will place immense pressure on what remains of the post–Cold War world order led by the West, in every component—the unbearable pressure of a double bind. Disintegrative forces threaten the cultural presumption of Western supremacy; the political power of the United States to compel various kinds of action around the world; the economic world-empire of the Federal Reserve; even—whisper it—unquestioned American military predominance, depending on the actions of other world powers in the days to come.

At the same time, the pandemic has posed administrative problems resolvable in principle only at the order of the entire human species. Certain socialists have argued that the virus is a consequence of capitalism; that the future order must prevent such outbreaks through harmony with nature. I see things otherwise: any subsequent order that successfully coordinates the world will deal with epidemiological and other natural crises the likes of which have never been seen before. Carl Schmitt once observed that the notion of a world-state is absurd as long as humanity is not at war with an alien force. Such an alien force has arrived. Its successors will follow. The throne of universal empire may be raised above the ruins of universal catastrophe. Whose empire? Doing what? Stagnate? Perhaps. The gates of play-history seem almost closed.

A postscript on China. The continuing economic shock to China should not be underestimated, yet at this stage, whatever its early role in the crisis, China seems better prepared to deal with its global effects than most. This does not appear to me simply as a matter of superior planning. Xi Jinping’s government presents itself as an administration that exists beyond the end of history. Rather than the grand organic development that incompetent observers of contemporary China have perceived to flow from the mythical perpetuity of Confucianism, under Xi the past has been packaged as material to be rearranged. The “Confucian tradition”, like any other, becomes a building block in a great political edifice.

As the past itself appears to retreat into impossibility, it may be this temporal stance, more than any other, that holds the key to the construction of the world order that administers the new era of cartelisation. Whether the productive force and the aesthetic impulse are available to resolve this protracted crisis of human acceleration—is a question for another time. Certainly, even stagnation has its providential role.